We started at 8am at Aylmer Wildlife and were met with mostly frozen water. Bright sunshine but very cold -11 with a brisk north wind. The day did warm to about -2, no mud or wet feet and the sun was nice as long as you were out of the wind. We picked up tundra swans, Canada goose, cackling goose, Ross’s goose, mallards, some blackbirds and a couple of sparrows. Ann Vance came after the group had left and added 2 snow geese (dark morph) and a bald eagle. At the Aylmer Lagoons the 1st pond was open but empty, the 2nd pond was partially open and we added bufflehead ducks and a ring-billed gull the 3rd and 4th ponds were frozen and the wind was very cold so we opted for an early stop at Tim’s.
Lake Margaret pond was of course frozen but we did find 4 woodpecker species and pine siskins in the woods including good looks at a pileated woodpecker working on ash trees. Corner’s Corners pond was frozen but we saw ring-necked duck and hooded mergansers and a mink running on the ice.
Sixteen people joined us for lunch at the Buccaneer in Port Stanley. West side of the harbour had some open water but no birds, not even gulls flying. The Port Stanley lagoons and Fingal Wildlife pond were still frozen so we finished the day at the Fingal Wildlife feeders. We added a few birds to the list including a male purple finch, white-throated sparrow and red-breasted nuthatch.
Al Sharpe and Jackie Rochefort called later in the day after a stop at Saunders Pond area near Union and added kingfisher, great blue heron, wood ducks, bluebirds and wild turkey.
Overall despite the lack of open water and cold wind we still had a great day. A total of 19 people joined us for all or part of the day and with the call in birds a total of 48 species were recorded.
Canada goose, cackling goose (split from Canada Goose in 2004), snow goose, Ross’s goose, tundra swan, mallard duck, black duck, ring-necked duck, wood duck, hooded merganser, ring-billed gull, great blue heron, wild turkey, turkey vulture, cooper’s hawk, red-tailed hawk, downy – hairy – red-bellied – pileated woodpeckers, flicker, red and white-breasted nuthatch, mourning dove, rock pigeon, crow, blue jay, cardinal, red-winged blackbird, grackle, cowbird, starling, robin, horned lark, tree – song – white-throated – house sparrow, house – purple finch, chickadee, killdeer, bald eagle
Thanks to all who came out and hopefully next year will be warmer with more open water. 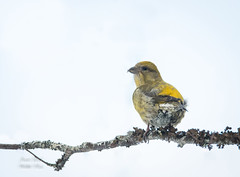 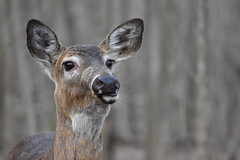 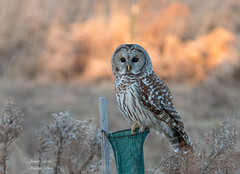 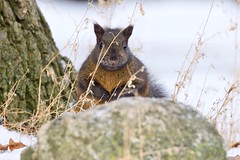 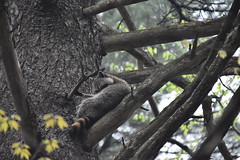 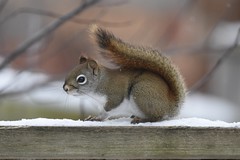